The store will not work correctly in the case when cookies are disabled.

Free Shipping On Orders Over $100

Walking Away - By Lt. Tim Cotton 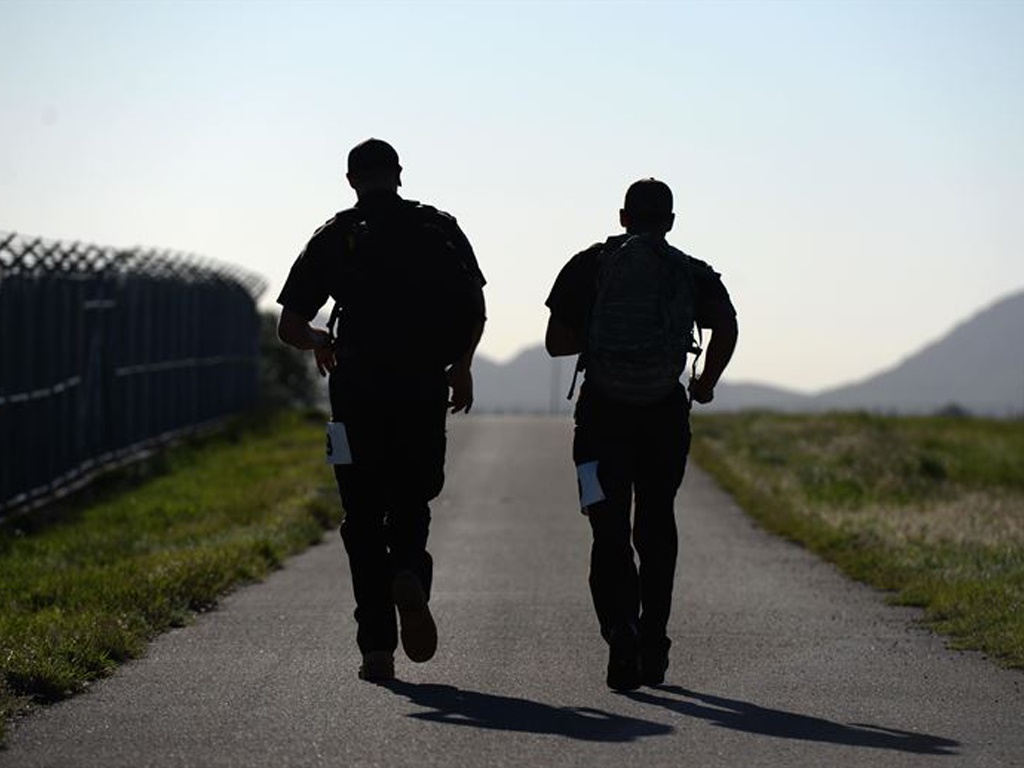 No one taught me to say it, but it rolls off the tongue as naturally as does hello, good-bye, or have a great day when speaking to my core group of friends and acquaintances.

I guess I should make it clear that it is highly possible that I started using the phrase after working with more experienced officers early in my career, but I don’t remember exactly how it became an integral “go-to” in my standard battery of phrases.

It doesn’t appear in any police training handbooks, and it’s not included in my copy of “A Cop’s Guide to The Right Thing to Say at The Right Time.” I should probably write one as that manual is non-existent.

Listen, we are not typically called to attend pleasant events with folks who are happy to see us. Any time I speak at an event or conference in which a high percentage of the audience does not work in the field of law enforcement, I reiterate that when someone calls for police intervention things have already leveled off at “suck.” Things don’t come back from “suck” as easily as one might believe. “Suck” hangs in the air like cheap cigar smoke.

We face the fact that most of our encounters occur when recipients of our services are already mad, upset, or entrenched in criminal behavior. In turn, someone else has called for the police to come quickly and fix it.

Our arrival or entry is never met with applause or kudos. Our human encounters usually start off with something more basic, like “it’s about time.” It’s more than likely that other words are intertwined with those three, but you get the idea.

Some of you have been there; those that have not had the experience of showing up to sort out other people’s sad, ridiculous, and unusual problems fueled by alcohol, drug use, and a jolly dose of rage, you're not missing out on anything. Once you become accustomed to the job, it really isn’t always as bad as it sounds; it’s nice to feel needed for a few minutes each day. Sometimes we are needed too much in one day and, of course, that can be tiring.

We really don’t need a standard salutation or formal introduction upon entry. There is not much time for initial pleasantries in this industry. We usually go right to work, find the problem people, focus on stopping whatever was unstoppable before we arrived, and we try to make it better for the person who was determined to change the course of events by calling the cops in the first place.

As sure as someone will inevitably put too much cream in your coffee when you order a “regular” at the drive-up window, you are going to leave the invitation-only melee after making more than one person sad, angrier, or a tad less free to roam the landscape after picking up a handcuffed rider for the return trip to the Halls of Justice.

This is when the universal phrase of the working police officer comes in very handy. I hear it all the time now, after years of saying it myself, I just started noticing that all cops say it. Maybe I wasn’t paying attention to it for the first 29 years.

A few weeks ago I became engrossed in the Netflix documentary about cops doing a very tough job in Michigan. As depicted in Flint Town, I have heard more than one officer use the words that have been a staple for me for years. Where did they learn it? Contrary to popular opinion we don’t often spend time with officers from other regions and states. They say it, and they say it exactly like I do.

Simple and clear, strong and somewhat friendly- sometimes it’s all you can say as you are walking away- “I hope you have a better day.”

I started paying more attention to those officers around me and heard it more and more. I am sure it’s learned behavior, but more than likely because there are not a whole lot of great “walking away” phrases in our handbooks and periodicals.

If you break it down- you know you cannot say, “Have a nice day” after arresting a domestic violence suspect. You can’t say, “Have a bright and spectacular day” to a woman who just received a traffic ticket. You surely can’t say, “I hope to see you soon” to a family who has called you - for the second time in a month - to come and intervene with their suicidal son or daughter. You just can’t.

But you have to say something. You need to say something meaningful to a person who really feels no hope or happiness at that very specific moment in time. You can’t just walk away without trying to be a good human doing your best to let them know you understand the situation. And even if you don’t fully comprehend what they are going through, the simple words come in very handy.

“I hope you have a better day” is a phrase which can be used in the closing of almost every encounter, and if you are the kind of cop you should be, you need to mean it. Even when you are mad or when your tie clip is missing because it’s somewhere in the dirt or behind a couch after an unpleasant physical arrest, even when you know that those folks you are walking away from are not going to have a better day any time soon.

If you come up with something better, I would appreciate a note or message with your chosen phrase (email me at cottonblend at blauer period com if you wish.) It needs to be good and it’s imperative that it’s universally acceptable in the diverse situations which we have to leave or walk away from, sometimes while tearful, angry, or injured.

It’s taken me 30 years to come to the realization that I have used the phrase hundreds of times without even thinking about it. It has worked in all of them. No, it didn’t fix the basic problems I had been called to eliminate, but it did let everyone know that I really wanted their day to be better...even when I knew that the better day might never come.

I hope you all have a better day.